What Will Be Your Legacy? 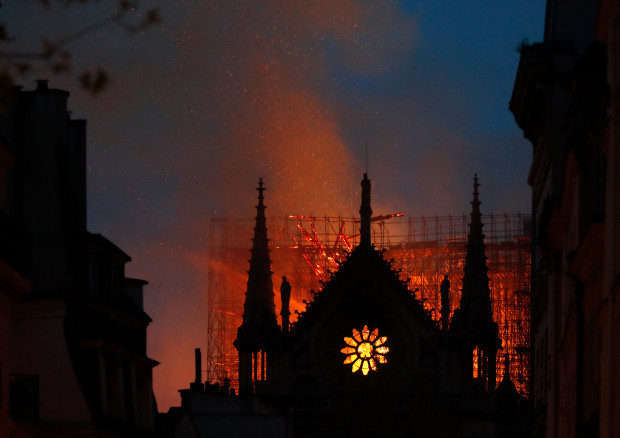 What Will Be Your Legacy?

Table of Contents show
What Will Be Your Legacy?
The 1%
Giving
Are we rich enough?
Legacy
End

The other day was a horrible day for history. Unfortunately the Notre Dame Cathedral caught fire and sustained an incredible amount of damage. This was a really historical building and heartbreaking to so many people. I never had the chance to go and see this building and wish I did, but it does open my eyes to go see some things before its too late to do so. (I’d love to see the great wall of China)

What was great to hear was the wealthy stepping up to the plate almost instantly. They decided to donate over 1 billion dollars to rebuild the cathedral. Simply amazing!

But, we live in a weird world these days.

For some reason they are getting backlash for their donations… It’s insane in the highest level. Go on facebook and people are sharing memes that they could be saving the planet instead of the cathedral, the rich have so much money, the yellow vest protests movement, and why did we not rebuild the historical building’s isis destroyed?

Sure there is some points to these theories, but I really hate hearing people complain about other’s giving to whatever they want to give to. Props to all of those people, who gave millions just to help.

Also there are a lot of rich people / companies giving to environmental efforts, but the media isn’t covering the story as much and they don’t get the publicity this story did.

For some of these Donators this will be a big part of their Legacy and a new piece of history going forward.

People complain about the 1% but did you know there is a very high chance, you belong to the 1% club? We are very fortunate to live in North America and make what we do. Based on the Global Rich List a income of $32,400 puts you in the top 1% worldwide for income. (I encourage you to go to that link and input your income or net worth its a real eye opener)

The top 1% worldwide in terms of wealth (net worth) is 770k. We are not there yet, but are really close. Reminds me of Scotiabank’s new slogan ” Your richer than you think”

Pretty crazy when you put it into perspective eh?

One of our goals for this year was to sign up to give to a charity regularly. We were debating between a couple, but this month decided to step up and commit.

This month we signed up to donate $50 a month to the Nature Conservancy of Canada. While its not as local as one we were debating here, I feel our donation money can go further. Acreage here costs a heck of a lot more than a place like the Yukon.

The ocean cleanup project was another one, we were really interested in as that is a major issue at the moment.

Are we rich enough?

Interesting question……. I’m pretty transparent with our money on this site. Of course we have equity in our house, precious metals and other asset’s but basically what you see is what we got. We are in that 1% though….. Would we be that much richer if we were to invest that $50 each month? No, not really. O.k. mathematically $600 richer a year, but that’s really nothing in the grand scheme of things.

Warren Buffet used to argue that he shouldn’t donate now because he could compound that money and in the future it would be worth even more. Something must of changed because he does donate a tonne now. The world and various charities need our help now, in 40 years in may be too late…..

A year ago I did a post on giving and it basically is the same now. Giving doesn’t have to be just financially, there are tonnes of ways to give.

At the end of the day, one day we will all die. What do you want to be remembered for? What will be your legacy?

Some of you may say your kids. I hear ya, my kids will definitely be a big part of our legacy. We hope to en-grain in them tonnes of important values and raise them to be even greater than we are. (I don’t mean to sound cocky lol, I just want them to be better. Don’t we all?)

Website – Sure I hope this website continues to grow and helps people financially. If I can make a difference in anyone’s lives, that’s a great thing.

A couple years ago Mountsberg Conservation Area was building a new building to breed shrikes (an endangered bird species) and was looking for donations to build the building. They required 20k to make it. At the time we weren’t that good financially and didn’t help out. If something like this were to pop up again, I think I’d sign a cheque and help them out. We would get our family name on the building and that would be our legacy.

20k is a lot in our current situation, but would it change our lives? No/ Yes. Compounding would slow down a bit, but I think we would feel incredible to be actually changing the world. It would also be a great thing for the kids to see now and in future generations.

I just want to end this by really emphasizing DON’T EVER HATE ON PEOPLE GIVING. If you think they should of donated to the rainforest, go and donate to the rainforest. Don’t waste any energy hating. If you think a $20 donation to what ever charity you choose won’t make a difference, your wrong. It will. Start giving a tiny bit today, you can afford to make a difference!

What do you want your legacy to be?

Have a great Easter weekend everyone. Go Leaf’s Go