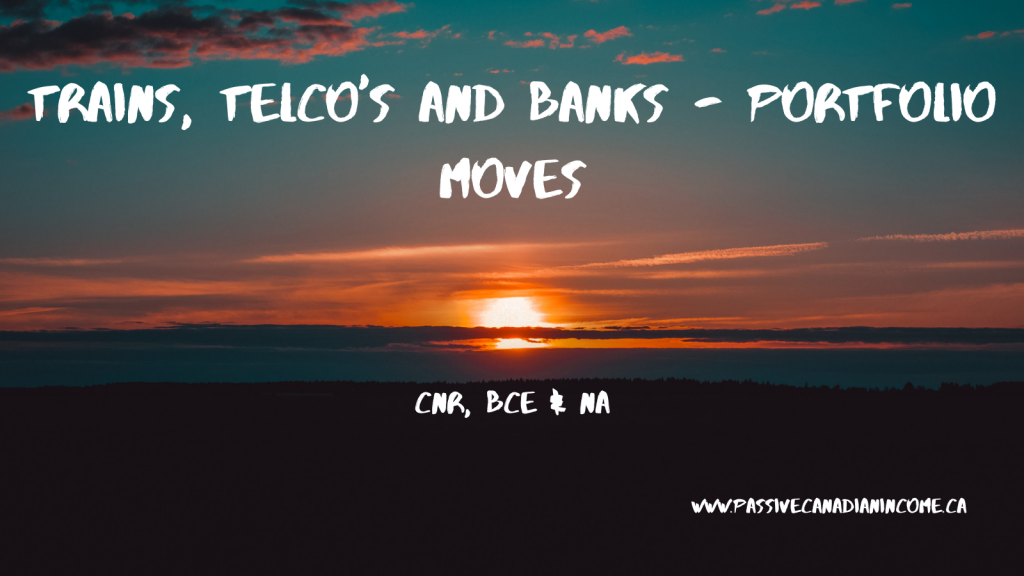 Thought I would do a little portfolio update for you all. I recently sold one of our holdings and added to 3 of our existing ones. None of them were steals but that is this market. It is getting harder and harder to find deals at the moment but there are some out there. Ie Tobacco stocks, nfi, lowes/hd and once again algonquin power after its recent offering.

Lets start off with the recent sale.

Once again I sell off one of our original holdings and yet again a non blue chip company. Little learning lessons along the journey, but moving forward I’ll try to stick with solid blue chip companies (preferably wide moat).

I may of been one of the last remaining bloggers holding Interpipeline. I thought BIP’s offer was way to low considering the heartland project and its potential. Then Pembina pipeline came in with a even larger offer and bip came back once again slightly higher at $19.75 per share. The market got excited and figured the bidding war would continue and the stock price flew past those offer amounts.

For the first time in a long time, we were actually up on our IPL position. 1% plus those dividends over the years.

I decided it was time to cash out, after their dividend cut their yield really wasn’t enticing. The heartland project which I’m a big fan of, continues to go over budget and to be honest I don’t really want a position in BIP or PPL at the moment. (Both great companies but we are heavy utilities and I rather just stick with trp and enbridge for energy)

Maybe PPL will counter with an even higher offer but who knows. I’ll take a tiny profit and move towards the blue chips!

With the proceeds of the sale from IPL in our resp account we added to 2 existing positions. Mixing higher yield and lower yield.

We added 33 shares of BCE at just north of 60 bucks a share. One of my goals lately have been to get some quarterly payers dividend payments to north of a 100 bucks per quarter. This purchase did that.

While bce isn’t a high growth stock, the higher starting yield paired with the average 5% dividend increase yearly can add up over time. I think bce may benefit also with the opening up of things. MLSE should start bringing in handfuls of money soon enough again.

We also added to one of our favorite holdings out there in Canada.

We added 19 shares of cnr at roughly $133 per share, definitely averaging up our costs on this holding. I’m a huge fan of the rails and their wide moats. Will their deal with Kansas city southern go through? Who knows, will they be over paying? I dunno maybe short term, but long term locking up a greater rail system with more connections sounds good to me.

If it doesn’t go through maybe the stock will bounce back up to 140. I’m in this for the long haul, rails aren’t going anywhere and with todays political landscape maybe they will be shipping tonnes more oil again. (I think pipelines are still better, but what do I know? =)

I do know that CNR has raised their dividend every year since going public and will most likely continue to do so moving forward. That’s what its about.

We also added to our position in National Bank. Our exisiting position was up over 100% but its a small position, actually one of our smallest holdings. The goal is always to get the holdings to drip and National needs some more cash to get there.

We added 22 more shares at 91.68 per share. Yeah I would of been a lot better off buying the banks when they were dirt cheap but I thought covid would of had more of an impact on the banks. Clearly it hasn’t atleast not yet. All the Canadian Banks are sitting on a lot of cash at the moment and its just a matter of time before they get the go ahead to reward their shareholders.

Credit Suisse recently said bmo and national especially could come out with huge raises. They mention 34% for national bank. That’s crazy. I don’t see that happening but 10-15% may not be out of question. Hey if they do rock a 34% raise though, no complaints here..

This purchase adds $62.48 to that forward income.

Short in sweet. These purchases/ sales added $124.88 to the forward income. We also added 10 more xaw before their ex dividend date. That will be all this month as we just got california blinds installed and that took a chunk of change. Looks way better though and its great to replace our previous always tangling blinds. The wife’s happy about that, I’m happy about the added income. Win Win!

What have you been buying these days?

By the way if you haven’t read Bob’s recent interview with a couple generating 360k a year in dividends, check it out. Its a fantastic read and will most likely make me focus on maxing out that tfsa before the rrsp moving forward