I thought I would write a quick post on my view of Timing the Market.
Personally I tried it twice in the last year. I was saving money for the U.S election day thinking if Trump won, the market would get shaken and pull back. This didn’t happen, actually the opposite occurred and stocks took off. After 2 weeks of waiting I made some more purchases. Then in January I waited until he was officially in power. Surely the market would correct itself a bit from this pretty massive rally in the last 3 months. Again stocks continued going up. As a result, I lost both times because I waited for the “opportunity”. 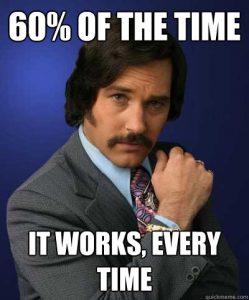 Now I hear/see lots of people creating a bigger cash portion of their portfolio. Stocks are at a all time high, the tsx just set some new records. If trump implements his tax cuts for businesses like he says their profits will definitely increase, accelerating the upward trend. There are a lot of variables one could be worried about like the Nafta trade agreement, Brexit and China’s economy if Trump essentially slows imports into the United States.Personally I agree with some of what he is doing. There should be incentives for companies to make their products in house vs in another country.

In conclusion the market will correct itself eventually, but I’m not waiting around for it. Clearly in the past it didn’t work out for me. If it happens that’s fantastic, we can buy stocks cheaper. Let’s just hope these dividend stocks keep paying their current rates and don’t cut their payouts.

In my opinion governments will fire up their printing presses and go Schwartz on it and “pump up” the market again. Buy great companies and set it and forget it!