Today I made a different stock purchase from my regular buys. This one is a high risk/ high reward pick. I have been watching the stock since the Escobal silver mine in Guatemala got suspended June last year. They used to be a dividend company but had to suspend it last August due to the closure.

A new leader in precious metals, they operate the Escobal silver mine in Guatemala, the La Arena and Shahuindo gold mines in Peru and the Timmins West and Bell Creek gold mines in Canada. 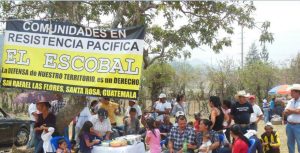 You most likely have heard of it, but if you haven’t the Escobal mine is currently shut down. The farmers and people who live around the mine claim its destroying the environment and polluting the water. Tahoe was granted a 25-year license to exploit a 20 sq km area in San Rafael las Flores – almost a quarter of the municipality’s territory – in April 2013 despite numerous community votes against the mine. The Environmental Impact Study says the tests are flawed and shouldn’t of passed. Tahoe insists all license’s were obtained legally. Now it’s a court battle.

Now I would like to state I’m a pretty big environmentalist. I’m not gonna jump in front of a dozer or anything but do believe we need to step up our game and protect nature and the environment before its too late. Hence why I love reneable’s. Hopefully Tahoe will implement some new techniques and filtering etc to improve the process and less negatively hurt the environment and people who reside there. 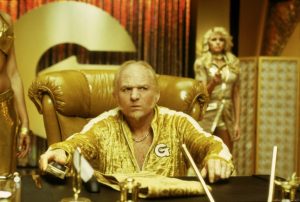 The situation going on in Guatemala is a huge blow at the moment to Tahoe Resources balance sheet. Their gold mines are producing though.. The 2017 guidance estimates are up and the costs seem to be on the lower side of the guidance sheet.

The Peru mine has been upgrading its machines and is on track to reach its goal of turning over 36 thousand tonnes per day in mid 2018. They are doubling production at the bell creek mine and the shaft expansion is expected to be done in mid 2018 as well. They expect to produce 80,000 ounces of gold per year in 2020.

Tahoe is studying and exploring other potential mine sites at the moment as well.

While the other mines are doing good and the mines are picking up production. This buy is based on the Escobal mine going back online in 2018. I think it will, and would be a huge catalyst to drive the stock price way up and even maybe reinstate the dividend. 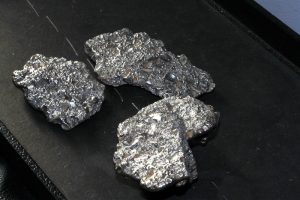 Escobal is the 3rd largest primary silver mine in the world. (Cannington mine in Australia is #1, followed by Fresnillo mine in Mexico) The mine has produced 3 straight years of over 20 million ounces of silver before the closure. All in sustained costs under 10 dollars a ounce of silver. (Current spot price 17.22 usd per ounce)

Roadmap2retire does a yearly roundup for bloggers to make their stock picks for the year. It’s just for fun and the winner just gets bragging rights and probably some extra traffic to their website at year end. Tahoe Resources was my pick for the year. I feel with all the hype of crypto’s and dope stocks at the moment, a decent pullback from one of those might spark a little market selloff and people will rush back into the precious metals for safety. Again the Escobal mine going back online will be the major catalyst for capital gains. Check out all the pick’s here. Good Luck Everyone!


I have thought about buying Tahoe for awhile now, and my recent pick on Roadmap’s spreadsheet made me want to get my feet wet. How much fun would it be to have a great return but not hold any stocks? I bought 200 shares of Tahoe Resources @ 5.79 per share. There is no dividend, my forward dividend’s wont go up from this purchase.

I feel the stock has really been beat up on the news of the suspension, considering they are at all time lows. If the court’s approve the mine to go back online, expect a very nice pop in stock price. Again this is a high risk/high reward play and I don’t think I will be long this position. But who knows if the mines are all firing on all cylinder’s and the dividend is reinstated maybe.

What do you think?