Sold a Bunch of Stocks, Got a Car. 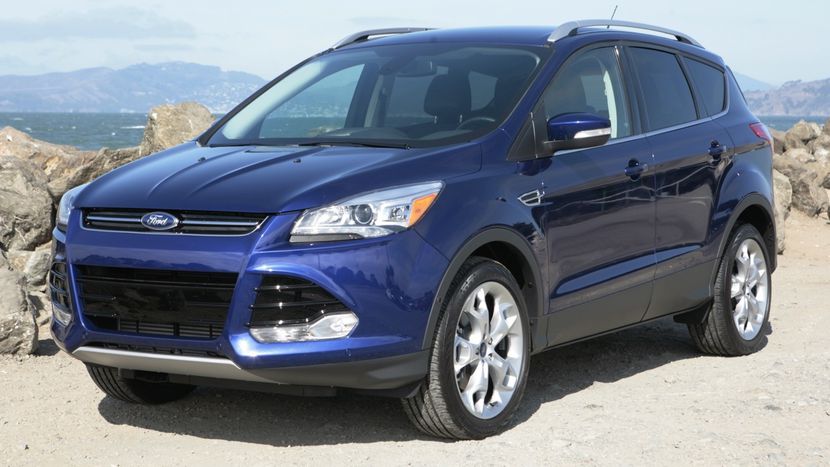 Sold a Bunch of Stocks, Got a Car.

Table of Contents show
Sold a Bunch of Stocks, Got a Car.
WTF!!!
An Absolute Nightmare That Turned Out OK
The Repair
The New Car
No Emergency Fund
The sales and The Profits!
The Big One.
Conclusion

Imagine going to your buddies cottage for the weekend and having a great time. Sounds pretty sweet, doesn’t it? Well it was… Until we decided it was time to go home and loaded up the car full of our stuff, our dog, baby and 5 year old son. My friends cottage is 3 hours up north and is the last place you want to break down.

I have had this problem with my car where the check engine light comes on and then just randomly go’s away. It really didnt bother me as I knew there were a couple minor issues with my car that may be causing that. (Leak in muffler was what I thought it was)

Well we started our drive home and shortly after the abs brake light came on. WTF! Now that was a little intense on a busy highway in Gravenhurst. Take a couple breaths we will figure it out when I get home, I still got brakes. Ill keep some distance, are the kids buckled properly?

Then the whole dashboard shuts down….. OMG, double wtf. I needed gas so figured id fill the tank up and if it was a battery issue it wont start up again. Id check the belts etc. After filling, the car doesn’t start. Thrower in neutral and push er to the parking spot at Tim Horton’s.

Ok at this point its the real wtf moment… Almost 3 hrs away from home, I know my buddies car is totally full. Hopefully I can get a boost and just giver. I got boosted and all systems were go. My wife went inside tims to get some coffees and timbits while I let the car idle and see what happens. Horton’s is packed so she takes a bit, meanwhile the car dies again……….

Alright its time to call CAA, Will our membership cover the tow all the way home? How about the kids and dog…. Oh man, I’m sweating and it ain’t the heat. CAA informs us we can get the tow free of charge. Max tow distance is 200 km and the drive was 190km…. Pffft sweet! But most likely the family cant go, and the dog definitely cant. (On a side note the driver informed me it was a 800$ tow, make sure you get that caa membership!)

As I stated we were 3 hours away from almost everyone I knew, a uber or cab would be a fortune! Luckily my dad said he would drive up to take the kids, wife and dog. (Yes hes awesome!) The last thing I wanted though was to leave my wife and kids in the tim hortons while I get towed to town and she waits… But yeah our dog, they cant wait in Tim’s.

An Absolute Nightmare That Turned Out OK

Originally CAA said they would be a hour but stated they were really busy and it might be delayed, luckily after a hr I got a update it will be another 2 hours… At this point I was kind of happy maybe my dad would show up before the tow truck…. Well nope all the sudden the tow truck (flat bed) shows and states he cant bring the dog, but a lot of people keep their dog in the broken down car with windows down. OMG I didnt even think of that! Tom’s a genius. (The driver) I start carrying our daughter to tims and all the sudden my Dad pulls in. What are the odd’s? Seriously! It was crazy, but worked our fantastic. What a great way to spend a sunday!

I basically knew the alternator was shot, my mechanic looked it over and yes it was. Ok easy fix maybe 400 bucks. Wife wants a new car at this point but whats 400 bucks? The mechanic shot that down pretty quick. Its a 4×4 ford escape and requires the whole axle to be removed to switch the alternator. It would be between $700-1000. At that point I told him id probably scrap it as it has other problems as well. (Cracked windshield, broken parking brake, one door needs to be manually locked and that muffler leak) The car is also a 2005 with over 240,000 km on it. Scrap Ill get 300 for it plus maybe $300 for the winter tires.

It was my first car, it owed me nothing. R.I.P

We have a suv and a car, so the suv needed to be replaced with another suv or even a van. The misses shot down the van idea…. Suv it was. Now we narrowed the cars to another ford escape, honda crv, honda pilot or toyota rav 4.

I have a multimillionaire client who has all these nice beemers, benz’s etc and swears the honda pilot is his favorite. Our civic is solid to say the least so I did like the idea of a honda. Well until we started researching prices. I set a budget of 12-15k all in for our new to us car. Toyotas and Honda suvs hold their resale so well that all we could find were cars over 200,000k on them… Meh

Started looking at escape’s and things looked alot better. Anyways we ended up buying a 2013 ecoboost 4 wheel drive with 100k on it certified. All in it was right at the 15k mark. My previous car was old…. and I love all the new bells and whistles of this car. Bluetooth, navigation, sunroof etc. Its the nicest car I have ever had….. Moving on up! =)

I buy stuff straight up, cash – No payments. I ain’t no slave to the lender. We don’t have a emergency fund though. I used to keep one but who wants 1% interest. Jerry Mcguire – SHOW ME THE MONEY!

Its all invested in various things – stocks, investments, precious metals. Metals are cheap now, stocks aren’t. I hate to lower our forward dividend income but taking profits isn’t that bad of a thing either. A line of credit would of been 7% interest and like none of my stocks are generating that in dividend yields. It was time to sell some. I needed that stack to buy this car.

The sales and The Profits!

I needed roughly 13k cash as we had some cash sitting. Which stocks would I sell.

Boardwalk Reit (BEI.UN) – We sold off our remaining position. I bought this about a year and a half ago, it had a nice dividend yield but then management cut it. Hard! It currently yields 1.95%……. Yes its a reit, that’s horrible! Things are turning around for them though and I can see them bumping that yield up again. I feel its a good sell at this point though. I had nowhere close to enough to drip it and its up 11% for me (Not including dividends received) . Not huge but thats after this massive dividend cut. So I sold 29 shares for $1500.00 This lowered my forward dividend income by $29.02

Nutrien (NTR) – I like this company a lot. It may be the hardest pill to swallow of the 3 stocks I sold. They have alot of potential and you may see me making buys in them in the future. I sold for 2 reasons. 1) Our total holdings of 58 stocks were split between both mine and the wifes tfsa. I would rather have all the stocks in one account vs two. 2) The yield is lower and again we werent close to dripping the stock. We sold our 58 stocks for just over $4100 bucks and brought in 11% profit since last year plus the 2.64% dividend yield on cost. The sale takes $92.80 off our forward income.

Richie Bros Auctions (RBA) – Didn’t they just raise their dividend 6%? Yes, yes they did. Another stock that I loved. Unfortunately I didn’t have a big enough position to drip them, although my holding was actually pretty large and I’m up quite a bit. Trading at close to 52 week highs it was time to sell. We sold 150 shares for over $7,500 bucks. Locking in a 47% profit in under a year. Our yield on cost was 2.66% so we banked that too. Pretty dam good! We lost $102.00 in forward dividends though….

Shit happens, but ultimately we are both happy to finally replace our car. There’s no question it sucks to see our forward income go down, short term. Long term its a great move, no car payments is fantastic. I had other stocks that could have locked in bigger profits but these were the ones that I figured made sense for right now. The 3 sales brought in $13,100 cash but knocked our forward income down a total of $223.82. Not bad! Each stock was held in a tfsa account making all withdraws tax free.

What are your thoughts? Do you keep an emergency fund? Are you a CAA Member?

Btw sorry for the long post 1483 words…. Sometimes I can spit fire. haha!