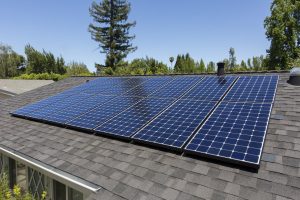 Hello, Well it’s time to add another source of Passive Income. We are in the process of applying and installing solar panels. This year will be the last year of the Program in Ontario, in which you can sell the power you generate to the grid. The microFIT guaranteed rate for 2017 is 28.8 cents per kWh for system sizes between 6 and 10 kW for a 20 yr contract . A typical 10kW system generates about 12 MW per year. With a southern facing roof area approximately 800 sqft, you could earn up to $3,500/yr or over $290 per month. (They think we will make approx $2900 per year) 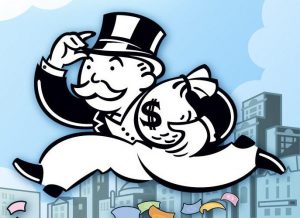 Back when the program was first introduced I was really interested in it, but living in a condo it was a no go. The rich got richer. At the time the systems cost a lot and the stock market wasn’t doing to hot. I saw a lot of my wealthy clients installing them as there was no risk vs being in the market. I have one client who installed a lot of panels in a different program when this was first introduced on his businesses and now brings in over 200k per year just from his panels! No point bitching though. That’s awesome, and you know what? He spends his money and keeps us busy so its all good. Moral of the story, simply put. Do what the rich do.

2 Years ago we bought the place where we live now. In the country on 3/4 a acre property. The roof has a nice pitch and I got excited about the potential to have solar panels. Soon reality hit me, the grid could not support us feeding it with more electricity. Since we lived in the country the transformers really weren’t up to par since there isn’t a massive demand on the system. About a week and half ago I tried my luck again and BAM we passed!! Oh shit time to start contacting the solar companies. It’s time to add our third source of passive income! (dividends, ads/affiliates on this site and now hopefully solar panels)

Naturally I started reading up on it again and noticed this is the last year of the microfit program. We have gotten a couple quotes now ranging from 25k to 32k. I would get the hst back so basically 29k. The 25k one seems too cheap and there was some errors on the design. The other 2 were close in the 30k range offering way better warranties. It would take 2 days to install the panels but its all the paperwork and red tape. If we signed the dotted line today the panels wouldn’t even be installed until around November, missing all the prime sunny days. After we sign everything there is still the potential for no room on the grid as someone could of gotten that spot before us. Here’s hoping! 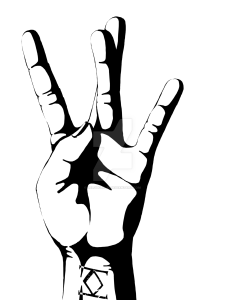 Our house isn’t all ideal as the southern portion of our house couldn’t fit all the panels and some would have to be put on the west side! The system would generally take 9.5 years to pay for itself and then after that it would be all profit. They say it would average a 10.5% roi based on the current rate. (but I’m banking on it being lower, maybe 8%)

Only downside I see of them is the potential sale of our home. We think we are lifers here but you never know what happens. They advertise solar panels increase your real estate value but I hear different stories. Some people don’t like the looks of solar panels. Ellon’s Tesla panels look great but I priced it out at over $80,000 so we need to pass on that. Who Cares about the looks when I’m inside cashing the hydro cheques! I also love the green aspect of going solar.

Its time to go all in, who cares if I’m holding deuce seven off suit. We don’t have the cash just sitting here for potential things like this. Its either I sell some stocks or precious metals, use a line of credit and pay it down fast or Refinance the house.

I have always been in the mindset of paying down debts and eliminating the mortgage. As I read and talk to clients and others, I’m realizing with current rates as low as they are its time to step up and use other people’s money. Before I started investing we used to just throw money at our mortgage constantly, then we sold our other house and bought this one leaving the equity practically alone.

Then the housing market went CRAZY! If you don’t know about Ontario’s housing market. More specifically the GTA and surrounding areas, its basically the hottest market in the world from what I understand. Another plus when I moved to the area I live, it wasn’t that desirable now its ones of the most expensive areas around! We recently got our place appraised (last week) and its increased about 80% from when we bought it. Yup that’s basically a 40% increase every yr not exactly but you get the point. We bought the house as a fixer upper and I have done a lot but DAM!

So I spoke with my bank the other day (RBC) they are currently doing promos to get your mortgage and I will get $500-1000 to switch over to them. Also if I have my mortgage with them, it will lower my banking fees to 5$ per month vs the $10.95 I pay now. It will also make finances easier as everything will be with them then. Currently my mortgage is with another provider at a rate of 2.80% the 5 yr term expires next April. There will be a fee to cancel earlier and transfer over but hopefully the cash rbc will give for my business and the difference in interest rate will nullify that cost. RBC is offering us 2.59% for 5 yr fixed. 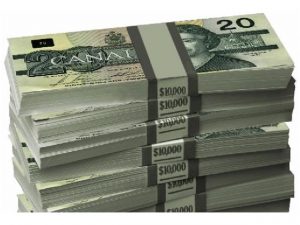 I’m currently playing with the idea of pulling out $75,000 – $150,000 in equity. Now that is not the max we can get but I still want the mortgage to be affordable. (We also have the option of increasing the amortization another 5 years for basically same bi-weekly payment)

WHAT DO YOU THINK?

One of my goal’s for the year was to create another passive income source, which the panels will provide. Either way they are going to get done its the last year for it. I’m curious about what you the readers think though. Would you refinance your mortgage to use that money for these purchases? I’m pretty sure I can easily get a greater return then the 2.59% interest rate on the new mortgage balance. I also feel it would be great to max the wifes tfsa and start collecting those dividends.

Again like I have stated in other posts. This community makes me better I’m always learning and pushing to increase my passive income thanks to everyone here. If you haven’t made a website why not?