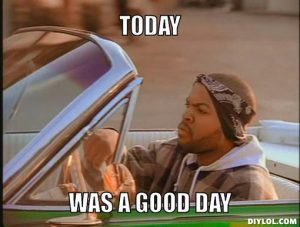 Today I was lucky enough to have a stock jump 19.43% in one day. I’m currently 25.08% up on this stock since I purchased them at the beginning of the year.

In August Aecon mentioned they were looking into selling the company to create some great shareholder value. The stock quickly jumped 12% on the news. I debated selling. Various sources said Aecon could range from 17$- 25 a share in a buyout. The stock slowly started pulling back and I kinda regretted not taking the profits.

This has happened for a couple stocks I bought low. Richie Bros, Cineplex and IBM. They are still all up but I could of sold in a quick period of time for a easy 10% gain.  I’m not a buy and sell guy but clearly I could of sold and bought when the hot news slowly wore off and the stock pulled back again.

I have decided to sell my entire position in Aecon for a capital gain of $767.56 and 3 quarters of dividends ($72.01). This brings my total profit to $839.57 in less than a year. A 27.43 percent increase! This entire position was held in my Tfsa, so it is tax free. Thanks a lot Aecon, you really did increase shareholder value.

Now you may be asking what happened to cause the stock to skyrocket that much in one day. Well A Chinese construction firm – CCCC International has agreed to pay $20.37 per Aecon share in cash to buy the Canadian construction company.


The offer requires the approval of two-thirds of the votes cast at a special meeting of Aecon shareholders as well as government and regulatory approvals under the Investment Canada Act, the Canadian Competition Act and authorities in China.

I sold all my shares at $19.73 per share, yes maybe I left some money on the table. I could wait for all the approvals and the shareholders to approve the deal. Then if everything went smooth the deal could close beginning of next year. What if it doesn’t though?

Aecon’s yield on cost for me was 3.17% and generated $97.00 in annual dividends. I will miss this dividend especially the months that it paid out in – January, April, July and October. My industrial sector will also take a nice hit with this sale. Luckily there is always a deal in the market just need to search harder these days.

Congrats to all the Aecon shareholders out there. Are you going to keep holding the stock or lock in some profits?