Good morning, this week the Liberal government of Ontario announced it was going to raise minimum wage to $15 a hour by January 1st 2019. They seem to be following suit of a bunch of u.s states. While this may be great if you make minimum wage I believe this to be a horrible idea.

Most minimum wage jobs are “starter” jobs and are not meant to be careers. They generally should be for high school kids just dipping their feet into the working life. I know sometimes you see seniors working these jobs as well but I feel they do it for a easy job to supplement their income as well as give them something to do. If you are 30-40 and working a minimum wage job ask yourself why? There are a lot of higher paying jobs out there. Obviously people like servers and bartenders are different as they get cash tips 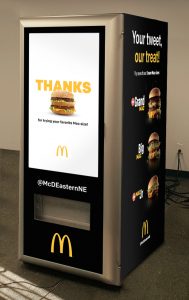 Unfortunately society these days is becoming weak and always give into the ones who whine/ complain the most. Look what happened at the Mcdonald’s once people demanded 15$ a hour for their job. Seems to be less people working there now and they became more automated. (atms basically can take your order now, eliminating the need for one or 2 staff members)

So how is Ontario implementing this increase? They plan on raising minumim wage by 32 per cent in a little more then a year and a half

I really believe the only one’s who are really going to benefit from this increase is the government. They are not stupid they will take as much as they can. By raising minimum wages this much it will most likely force people into a higher tax bracket therefore increasing their taxes.

Oh but Rob, the people are making more money. They can afford more. Really? Every minimum wage job just increased 32%. or did it?? No it didn’t. Not to a employer we have to pay all the additional stuff based around the employee’s salary

Everyone likes free money on their holiday but this is a percentage of your salary as well.

This is a percentage of the employees salary that you have to pay as well. There are different rates based on the profession.

So we can see the true cost to employers is over 32%. Right now we hire people who are looking for a temporary job during their college break for 15$ a hour if they have no experience. Of course by 2019 we cant be paying that, its hard work and there has to be a premium over a minimum wage job so they will most likely get 17$ a hour. Now what is that guy who has worked for us a year or 2 making 18$ a hour gonna say? Hes gonna want a raise too! He deserves to make a premium over the new guy. Obviously this will increase the price of every job.

Some companies with small profit margins probably wont be able to compete with international competition and with our sky high hydro rates as well. They might just pack up and move to another country or province that lets them stay competitive. So industrys might relocate and companies will adapt and basically hire less people. (like Mcdonald’s did with their computer ordering systems) You thought the lack of people at check out till’s at walmart was bad before? haha

As you can see its a never ending cycle, and clearly this gets passed down to the customer. Unfortunately for the people making quite a bit more then minimum wage, you probably wont see a raise in anything but all your expenses from a loaf of bread, a night at the movies all the way up to your nice landscaping job =) Another reason to add another passive income source!

If you voted Liberals last election thanks…………………