Woot! Woot! This month was a great dividend month. Definitely my best quarterly month. March’s income has passed our total dividend income for both January and February. It’s also the first month We have gotten over $100. Winning!

I recently switched our tfsa to drip automatically. RBC doesn’t offer partial shares in drips, only full shares. Currently we only have 2 companies who’s dividend is high enough to repurchase a share, Aecon Construction and Brookfield Renewable. The remaining just go’s into cash like it previously did. I made the switch because we have decided to start accumulating in a RRSP account.

A) It would be great to get a sizeable return come tax time.

B) Diversification is key, right now we are 100% Canadian Equity’s. Although I’m Really Debating the current exchange rate. Losing over a quarter of my money for the conversion sucks. Although if I sold at current rates I would get it mostly back and dividends would be in u.s dollar.

C) I need some tech stocks!!!!!! Canada doesn’t have much. They are mostly in the u.s. (thinking microsoft, ibm or cisco)

D) With markets near all time highs I keep thinking maybe RRSP is the way to go. Since it gets taxed when we withdraw in the future vs the TFSA which is already taxed. (Maybe should load tfsa up when market pulls back a bit) 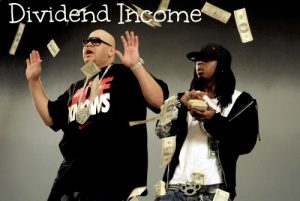 We increased our net worth 1.24% over last month 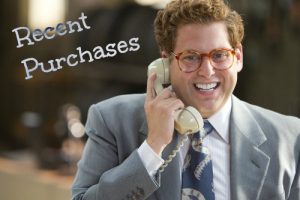 We also added $1000 to our emergency fund this month.

March doesn’t have as many purchases as we are currently in the process of stripping off the existing siding of our house.  Then we need  re-sheathing and insulating, followed by new siding, soffit’s, eaves and new front door. Its one of the biggest projects with this house and will be fantastic when its completed.