Forget about C.p.p and Oas

Are you planning your retirement income based on your savings income, the Canada Pension Plan and Old Age Security. I think if you are currently under 50 years old you should start considering that there wont be C.P.P or O.A.S when you retire. Or it will be drastically different. We are currently in the process of a massive change to the system. The baby boomer’s are retiring and technology is slowly taking jobs.

The CPP program mandates all employed Canadians who are 18 years of age and over to contribute a prescribed portion of their earnings income to a federally administered pension plan. The plan is administered by Human Resources and Social Developments Canada on behalf of employees in all Provinces and Territories except Quebec, which operates an equivalent plan, the Quebec Pension Plan.

Your income you will receive will vary based on when you take it out and other circumstances. Check out the cra website for more information.

I have read numerous times that the cpp and oas are basically a slush fund. The government can use that money and just place a I.O.U note and pay it back when needed. I don’t know for sure if this is true, but wikipedia has this info about c.p.p based to actuary reports.

As noted in the 27th Actuarial Report on the Canada Pension Plan, if one uses the ‘closed group approach’, the Canada Pension Plan has an enormous unfunded liability. As at December 31, 2015, the unfunded liability was $884 billion, which is the difference between CPP’s liabilities of $1.169 trillion and the CPP’s assets of $285 billion. Based on past reports that number is growing at 25 billion per year. 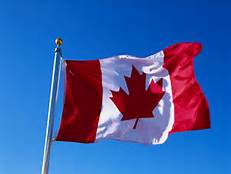 Those numbers are staggering and maybe show why Ontario is introducing the O.p.p aka Ontario Pension Plan. They say its to help employees who don’t have a pension at work. I Personally don’t believe that. Ontario has a tonne of debt, It is projected to be $312 billion this year (2017), or roughly $22,000 for every Ontarian. It is projected to grow to $336 billion in 2019-2020.

The province’s net debt has tripled since the provincial Liberals came to power. In the last budget presented by Ontario’s Progressive Conservatives before the 2003 election, the debt was about $110 billion. *Cough Cough* That’s why I like conservatives…….. but that’s a whole different discussion. Source – Global News.

The Old Age Security (OAS) pension is a monthly payment available to seniors aged 65 and older who meet the Canadian legal status and residence requirements. You may need to apply to receive it. Cra Website

Based on Wikipedia The Old Age Security is a taxable monthly social security payment available to most Canadian’s 65 years of age or older with individual income less than $114,815. As of September 2017, the basic amount is $583.74 per month. At tax time, recipients with a 2014 income of over $71,592 must pay back a portion of their Old Age Security at a rate of 15% of net income.

Baby Boomer’s are people born between 1946 and 1964. Statistics Canada says by 2030, the year in which the youngest baby boomers will reach 65, close to one in four people in Canada will be that age or older. That compares to 15.3 per cent in 2013 that is a massive change. If the average person starts receiving their c.p.p and o.a.s at age 65 that is going to be a massive pull on the system. For the record I have no problems with people getting the money they put into the system back. It’s great actually I just think things weren’t handled properly and the workforce won’t be able to keep funding them.

Here is a link from Stats Canada in July 2017 Showing the age groups in percentages by population. Currently 16.8% of the population is over 65, that number will keep increasing over the next 10 years. Some people will continue to work and pay taxes after age 65. I feel that the amount being pulled out will be greater than what is getting put in unless they raise our rates.

I think the best thing you can do is plan your retirement income without these 2 payments. If they are still around when you retire, fantastic. That would be a huge bonus! Sadly Countries and Provinces generally have a growing debt load. As well as a higher interest payment to go with them. We keep saying oh the future generations will pay for it. I hate it.

Something has to change and I think O.A.S and the C.P.P. will be one of them. Keep investing! Senior stock’s should do well. Healthcare, Retirement Home’s Etc. Do you think I’m wrong and the government will continue to pay these out? 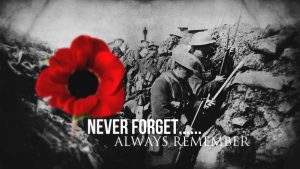 Thanks to all the troops and military personnel for everything…