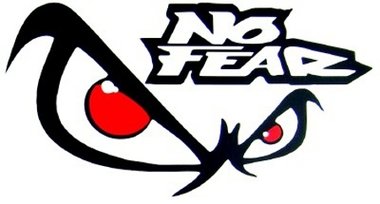 Do you remember the 90’s when these no fear icon’s were everywhere? No seriously they really were everywhere! Back then I sported the clothes, but of course there are some things that scare the sh^t out of me. Most of us tend to have something we are fearful of. It can really stop us from doing the things we really want to do, or things we need to do.

I remember when we bought our first house, I was really worried if we could afford it. After a couple months passed, I realized money really wasn’t a issue but for some reason before the purchase the mental side of things kept me up at night. If we wouldn’t of just taken the leap of faith I dunno when I would of been convinced.

Last weekend we were hanging around the pool and having some drinks. Somehow investing came into the mix. My ears perked up, sweet I never talk investing with this crew. They mentioned how they want a get rich quick stock. Like a solid penny stock. I mentioned how I’m a dividend guy and think its a better way to invest since your getting a nice passive income while hoping the stock appreciates in value. I mentioned the dividend raises and how some companies have raised their dividend every year for over 50 years…. Seems pretty safe to me…

Anyways they shot me down, the stock market is too risky…. My bank can give me 2-3% guaranteed….. Why would I want to risk it? (For retirement it seems riskier to not be in the stock market in my opinion.) But just another example of how fear is stopping us from doing great things.

I was doing a side job the past week with the client on their deck and we needed to run some speaker wires under the deck to the speakers. It seemed super easy since their was a access under the deck but the client kept side stepping the idea of him doing it… I had no idea why but then his wife came out and mentioned how hes scared of spiders etc. To me that’s no big deal, Ill hop under there and battle those spiders for ya!

Something so small as a tiny spider and their webs was stopping this guy from cranking some tunes outside while enjoying some company on the deck. I tell ya we need to start stepping up to our fears. Like come on this is Canada, haha I don’t even think we have any big spiders……

Now I say that and laugh. To me its funny, but my fear may be funny to you. 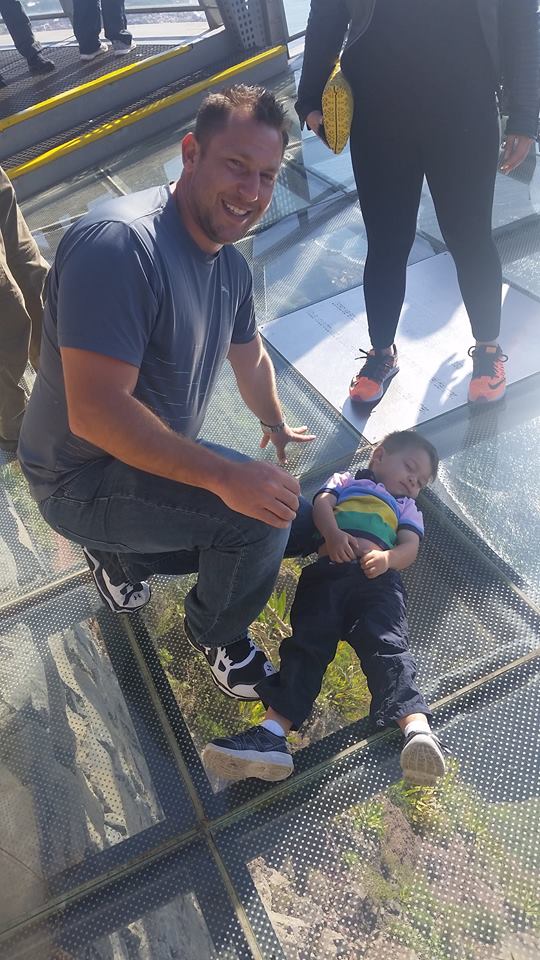 Heights…. yup you read that right. This guy is soooo weak when it comes to heights. Surprisingly when I’m on a airplane, I’m fine but you get me on a glass floor oh man!

I remember the last time I was on the CN tower glass floor, my legs gave out and I was crawling around while my son and other kids were laughing at me! I have gotten a little better this is me, last year in Portugal at the worlds largest cliff overhang.

Roller coaster’s, well that basically isn’t happening. I have went on 3 total, my whole life!!! I’m a 35 year old man. Whats wrong with me?

It’s kind of a really weird fear when I sit back and think about it. I see sooooo many people on them and yet there’s this fear instilled in my head that its not safe and I’ll probably crash and die or something…

Well I have decided to really face my fear this year. Screw it, what do I got to lose. My son is also 5 and has officially passed the 42 inches tall mark. Yup he can now go on certain roller coasters! It’s time to man up dad…. Haha.. So yesterday we decided that Canada’s Wonderland would be our place to get a seasons pass again.

Our daughter is young so me and the wife take turns going on rides with our son. I asked him if he would go on the ghoster coaster with me, so I could start to tackle my fear of heights. We could both be scared together. He agreed, yeah lets do it dad. The lineup was long and I found myself almost trying to convince him to back out. That is the ride we are going on, you sure buddy? haha… Anyways we did it, he had a good time but was scared as well. Right when we got off he asked, so did we conquer your fear dad? Just awesome! No not yet, that was the only big coaster he wanted to go on that day but we most likely will go next week to try another coaster. 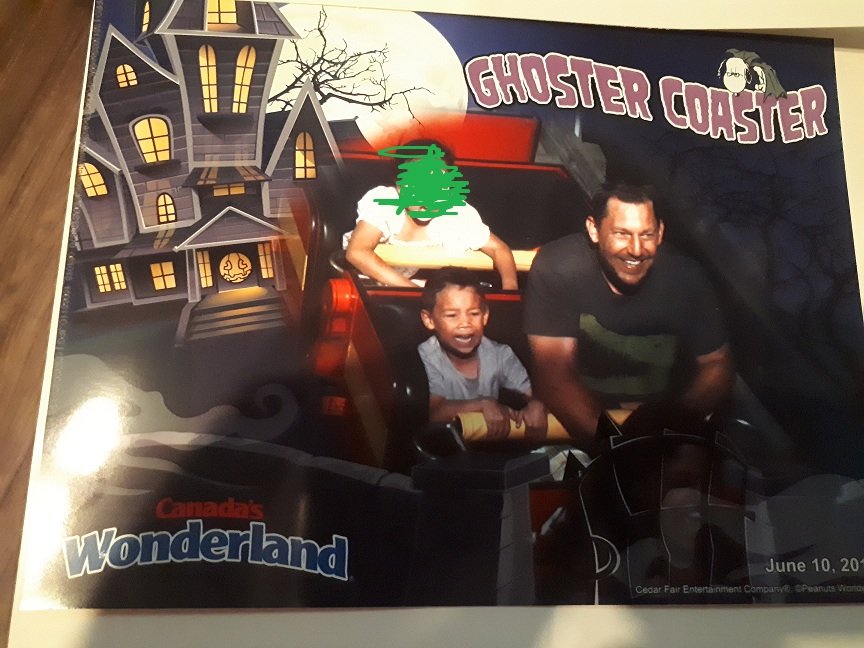 His first big coaster. Yup, we spent the 15 bucks for this pic!

It felt good stepping up to the plate and just doing it. Hopefully me and the wife just go solo and I can gun for the big gun rides. But lets start slow….. Fear is a weird feeling. There is sooo many things to be scared of, but don’t let that stop you from doing what ever it is that you want to do or know you have to do.

Don’t be afraid of failure. The people who think they are crazy enough to change the world, are the ones who do!

Art Williams has a great 5 minute speech on you tube called Just Do It, check it out.

I’m curious what is your biggest fear or what scares you? Do you live life differently just to avoid that fear?