My lowest sector in my stock portfolio has been Consumer cyclical. After my recent sale of cineplex it really had a nice hole that needed to be filled. As I have stated before this sector is my most hated sector to invest in, but I really try to even out my portfolio sectors to keep me diversified. After doing a bunch of research and absolutely loving the potential of this stock, I made the buy. 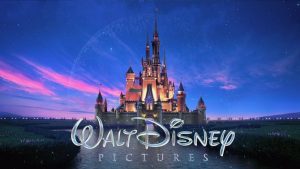 The company is an absolute powerhouse. I probably don’t even need to talk about them. I was raised on Walt Disney, Lion king and Alladin were my go to. My parents forked out the money to take me to the parks as a kid. I’m sure we will be doing the same as well with our kids, just like almost every family with kids.

Disney brought in 55.137 billion dollars (USD) in 2017. 23.51 billion from its media networks, 18.42 billion from parks and resorts, 8.38 billion from studio entertainment and finally another 4.83 from consumer products and interactive media. Its pretty safe to say they are nice and diversified.

The pending deal with 21st century fox, will make them a content powerhouse. This will give them even more shows for one of their many streaming services! Netflix is going to have some serious competition. Disney keeps talking about creating a streaming service for all their disney content, Espn and possibly other content. 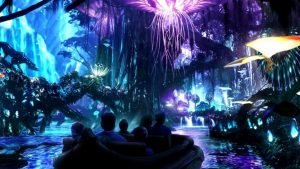 Disney has parks all over the world and keeps expanding. Personally I’m excited for the Pandora exhibit, I loved avatar and I look forward to all the new avatar movies which they will be making.  The park is always busy and the ticket price will surely be increasing in price as its just something you need to do with your kids. There is also disney cruises now, which I hear good things about.

Its pretty safe to say Disney dominates the movie scene these days. From kids to adults there is something for everyone. Walt disney has a couple production groups. Walt Disney Pictures, Walt Disney Animation, Pixar, DisneyNature, Lucasfilm and Marvel studios. I mentioned that I think movie theater’s are slowly falling back due to lack of movies and people wanting to stay home and stream. Almost all movies I go see at theater’s are disney’s! With Disney’s potential streaming service I could see a direct rental/buy program in the future.

Warren Buffet talks about how he likes companies with a wide moat. Disney definitely has one, I really cant even think of their competition. Do you remember dvd’s? I never buy them anymore, but I have bought the classic Disney movies on dvd for our kids to watch. That’s got to say something! 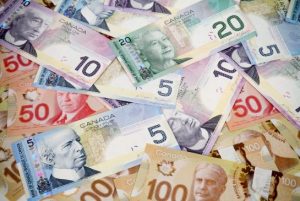 O.k, this is the only negative I can think of about Disney. Their dividend is nothing to get excited about. Its current Yield is 1.63% although that is over its 5 year average of 1.3%. The dividend payout ratio is about 29%, which makes it super safe. (although nothing is guaranteed) Disney has increased the dividend the last 8 years and their 5 year average growth rate is just north of 30%. Just massive. The price/ earning ratio is 17.68 which is lower than their 5 yr average of 20%. Disney Pays the dividend semi Annually in January and July.

I was really debating buying more Proctor and Gamble Shares or starting a position in Disney. Although Disney is not a dividend king, I feel the stock has a tonne of potential for the next couple years. We bought 20 shares at just over $102 a share. This will add $33.60 to our forward dividends. 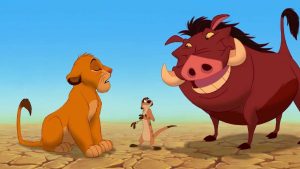 The dividend yield is low and that caused me to him and haw. After researching more and more, I liked it. I have passed on stocks in the past because of their low yield and watched their stock double or triple in price. I’m happy with the buy and its one of those stocks you can tell people about and they instantly know the name.

What are your thoughts? Whats your favorite Disney Movie?