Hope you all had a fantastic long weekend. It Tuesday morning and pouring rain, time for a new post. I have been trying to cut the fat out of my portfolio this year and basically have eliminated all the holdings I didn’t want anymore. On Thursday I decided to remove the one holding I didn’t like anymore. 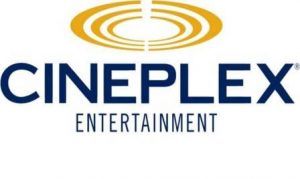 We sold our entire position in Cineplex. Yes we broke Warren Buffett’s rule of not losing money. We took a loss of just north of 200$ on the sale of Cineplex. Now there are a lot of reasons I like the company, They basically have a monopoly on the movie theater experience in Canada. There is some competition but really not that much. Cineplex is also trying to diversify their income away from the Movie business. They have opened a couple rec room’s and partnered with top golf to start making those.

Ultimately though Cineplex has been at the mercy of the companies actually making the movies. The last couple years haven’t been loaded with solid movie titles. When I think of what’s in theaters currently only Black Panther comes to mind. I cant think of one other movie. I want to see Black Panther so I’m not knocking it, just I normally can think of 2-3 movies. They say they don’t make much on the ticket sales, the profits come from the snacks. Well when I have to pay more than 20 bucks for a pop and popcorn its a cost I factor in while going to the movies.

The trend is clearly changing, T.v shows are really getting a lot better. Game of Thrones, Walking Dead, Vikings? All solid high profile shows. You no longer need to go to the movies to see that high quality content. Netflix and android boxes make it really simple to stay in the comfort of your own home and have your own snacks. When Disney starts their streaming service, things may really change. Maybe pay a small fee and watch the movie at home as it hits movie theaters?

Cineplex’s dividend has looked like it could get cut for awhile now. It hasn’t but I decided to get out, in case they do. With all the negative press on Cineplex stock a dividend cut, could really knock that price down. The cut might be good long term, as it would give more money for other endeavors though. They might decide to keep the dividend but I don’t see a dividend raise soon.

I still go to the odd movie in the theater as a date night, but just thought it was good idea to move on without it being a stock position. We had 80 Shares which brought in $134.40 per year. This sale puts a nice dent in our consumer cyclical sector – my most hated sector to invest in……

While its hard to find good companies at a value, Utilities have really been smoked. Emera and Fortis both looked really tempting after their pullback. We decided to pass on fortis for the simple fact they pay their dividend in the MJSD (March, July, September, December) months. I know the payout date shouldn’t be a big factor for a long term investor, but I’d love to even mine out more.

We have Algonquin paying us in the JAJO (January, April, July, October) months and Canadian Utilities and Brookfield Renewables paying me in the MJSD months. My lowest dividend months are the FMAN (February, May, August, November) months. Right when Emera pays their dividend.

I was debating just holding the money and waiting for another pullback before Emera’s ex dividend date most likely April 30th. I have been reading Tony Robbin’s book – Unshakeable. He actually states that’s a common psychological behavior. It has a name for it but basically after a pullback you don’t want to buy because you think the market will keep going down. No one knows for sure and Emera could be back up in price by the end of April.

I have definitely been doing that as I have cash to invest but am wondering what will happen. It could of been a little correction the market was waiting for and now the market will take off. Who knows? One thing you learn the more you invest is how hard it is to time the market. So I put that money from the sale right back to work!

We added 61 shares of Emera to the portfolio. They are a power and gas company operating in Canada, U.S.A, and 4 Caribbean Islands. Emera have raised their dividend for the last 11 years and have a 10 year average dividend growth rate of 9%. We bought at a yield on cost of %5.46 and will bring in $137.86 yearly. Like I stated earlier they pay their dividend in February, May, August and November.

Emera is currently 20% below their 52 week high and 5% above the 52 week low. Partially because of lowered than expected earning’s, a 317 million one time tax hit was charged last quarter. The rising interest rates also hurt utilities, reits and teleco’s.

Emera seems to be doing some great moves, is at a nice price point and increases our off month dividends! Utilities, Teleco’s and Consumer Defensive are also my favorite sectors as you basically need these. I think this will be a great move long term for the portfolio.

What are your thoughts? Are you holding or buying cineplex or emera at these lows?