Adding to a Position – Stack Them Dividends 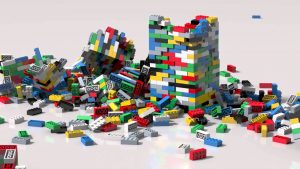 Table of Contents show
Adding to a Position – Stack Them Dividends
Canadian National Railway
The Future Looks Sweet!
Canapux
How does it work
The Purchase
Conclusion

Adding to a Position – Stack Them Dividends

Piece by piece, the portfolio grows. Its amazing how well slow and steady works. This time we added to one of our existing positions on the dip? Yeah I didn’t time it right, it dropped more… Haha all good, I’ll add again. This position is starting to progress nicely now. 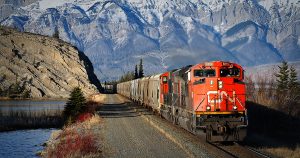 Yup another stock that yields less than 2%. I feel like lately all my buys have been low yield companies. A lot of them have been. I really am getting hooked to wide moat companies. CNR is the only railroad in North America with access to 3 coasts. Since they went public they have been raising their dividend every year and by a decent amount to boot!

The Stock was selling for roughly 105$ a stock in the beginning of January and since then it has been slowly going lower and lower. The previous CEO was just let go and the market doesn’t like hearing that. I do though, Id love to keep adding to CNR and will probably place another buy next month once the government tops up our sons RESP grant.

All railways tend to be really busy these days and CNR wasn’t ready for the demand. There is a massive backlog of shipments that need to be shipped. Especially when it comes to wheat as farmers want to get rid of the supply before the growing season begins and floods the market. The new Ceo has stated this is a top priority. From their website you can see between March 18th and March 24 they have spotted 5,548 additional cars. Between NOVEMBER 1, 2017 – MARCH 17, 2018 125 new leased locomotives have been added. Seems like that should help the problem.

CN also plans to purchase 200 new GE t4 and t3 Evolution Locomotives over the next 3 years. This will make them a lot more efficient as well. (Maybe it will boost that GE stock for some of you as well!) Clearly they are excited for the future. I am as well! Oh but we didn’t mention Canapux yet. 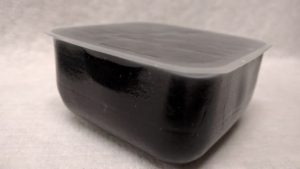 Have you heard of Canapux? Its a CN development in its early stages but man oh man does it have potential! Transporting oil is dangerous, is a political nightmare and pipelines can only move so much. We still need oil, this will change in the future but we do right now. Pipelines are basically running at capacity and they try to increase the sizes of the pipes or detour somewhere else and it takes forever with all the paperwork. Not to mention all the people fighting for the environment. (for good reason)

Transporting by rail has even more risks. Do you remember when the train carrying crude oil derailed in Quebec? The Lac-Megantic Rail Disaster was horrible and killed 47 people and destroyed a town. Canapux seems to have the potential to fix this problem. It could also revolutionize how we transport oil.

How does it work

Essentially the bitumen is extracted and go’s into a nearby Canapux pellet facility that combines the bitumen and Polymers to create essentially oil soap bars. They cant be set on fire and if they split they would just need to be all picked up. Its no longer a liquid, its a solid. The pellets go on to trains for their destination market. They are then processed to separate the bitumen and polymers. The polymers can then be sold in market or brought back to start the process over again. Check it out on their website.  Anyways like I said its in the early stages of development but holds a tonne of potential.

Friday we added to our Position in CNR. We bought 11 shares for roughly 94$ a share. It’s yield on cost was 1.96%. This will add $20.02 to our forward dividends and brings our total share count of CNR to 47. CNR has raised its dividend for the last 22 years and has a 10 yr avg growth rate of 14.7%. Our portfolio is coming along nicely. But like I said, I will be adding to them soon enough again.

I feel there is a tonne of potential for CNR at the moment. They clearly are stepping up to the plate by adding all these cars and Locomotives and their next quarters should bear some fruits for their effort. Railways are solid investments, since its hard to start a railroad company. Nafta is still in the air though, this could really hurt CNR. If it does though, I’ll be there picking up the shares!

What do you think? What are you watching?