A solid Resp stock – Hydro One

Well back in February I sold our entire position in Hydro One but they have just proved me wrong. ( I sold between $23-24 a share so it’s all good) I thought hydro one was a stagnant stock because the government of Ontario was going to lower rates and say they won’t increase rates over inflation for the next 4 years. 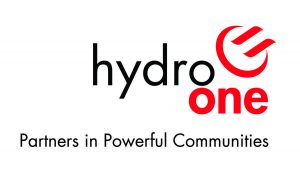 Hydro one has basically a monopoly in Ontario. While there are some small suppliers still, Hydro one owns the market. You want power here you generally get it from them. The plus/ negative is it’s government regulated that’s a big reason I sold previously.

Last week Hydro One announced the purchase of Avista Corp for reportedly 6.8 billion which is expected to close following approvals sometime next year. It’s nice to see them want to expand and I think they had too. (Although I’m not a fan of the coal aspect)

At the current price they generate a 3.9% dividend and are $1.30 above their 52 week low. They are also close to their original price when Hydro one first went public. I feel Hydro one is a very safe company and will probably be less volatile in a market correction and now has some room to grow. (with the acquisition)

So after their recent move I decided to buy 200 shares at $22.64 each in our son’s RESP account. Like I have said before I can lose money in our tfsa etc but it seems the wife is most defensive of his RESP (keep in mind you only lose when you sell or they go bankrupt). 200 shares at .22 cents per quarter will bring in $44 four times a year. This will drip at least one stock per quarter. It also increases our yearly dividends by $176 and bumps the utility sector back up to #3 in our portfolio.

Currently his RESP has 100 Enbridge stocks and now 200 Hydro one stocks and some more cash but I’m waiting for the government to grant us the 20% match for the year before I deploy the rest.

What do you think of the buy? Should I have waited for the deal to finalize? What company or companies are you holding in your kids RESP?

EDIT – Due to the political aspects in Ontario of this stock, we sold it.